In 1955, Konstantinos Toskoudis, the founder of Suntos SA, entered into the raisin processing, standardization and exporting business by building a privately-owned raisin factory in the city of Heraklion, Crete.

In 1981, a state-of-the-art privately-owned unit was built in the industrial area, on a plot of land of 15,000 sq.m. There, raisins are processed, standardized and packaged.

Its state-of-the-art machinery, with production capability of up to 30 tonnes/8 hrs, guarantees consistent product quality.

Our customers throughout Europe, many of whom are large factories such as chocolate factories, bread factories, etc. have endorsed us as their partners and suppliers on account of the high quality and hygienic conditions of our factory.

Apart from the export sector, the company is also active in the domestic Greek market, with impressively increasing annual growth rates.

Raisins are now among the healthiest and most natural products, without preservatives or dyes, which should be made widely known to consumers considering its relatively cheap cost over other similar products.

Following closely the steps and the instructions of its late founder, Konstantinos Toskoudis, the raisins factory and the hotel complexes operate under the supervision of a new generation of successors of the Toskoudis family, who are working tirelessly and with a high sense of duty to grow their company.

In 1981, our company built a raisin factory in the Industrial Area of Heraklion, Crete on a private land of 15,000 sq.m. where processing, formulation and packaging of raisins takes place.

Our factory is equipped with the latest packaging technology. We can package raisins in bulks of several kilograms each as well in bags of different grams each.

Sultanas come from the dried grapes of the Sultana variety from which they derive their name. They are seedless, golden-coloured raisins (without nucleus) and their colour is due to the white grapes. The sultanas are produced in Crete and, more specifically, across the Heraklion Prefecture.

The sultanas are divided into 4 different types based on the size of their berries. As the type number increases, so does the number of berries per 100 grams. As a result, raisins are more wispy.

The sultanas Blonde are packaged and marketed by our company in a bulk pack of 10 kg on concrete boxes depending on the type of raisin and in bags of 200 grams each. 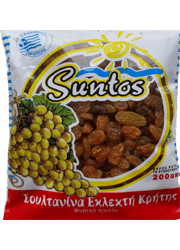 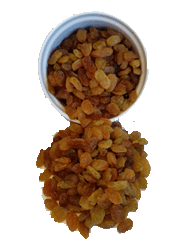 The Corinth Currants are packaged and marketed by our company in a bulk pack of 10 kg in white boxes and in bags of 200 grams each. 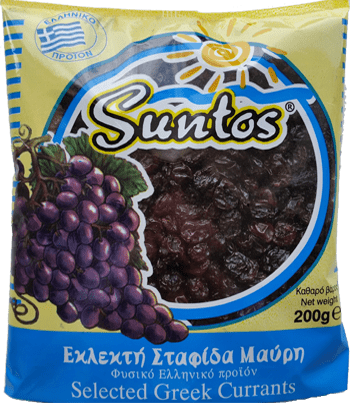 THE HISTORY OF RAISINS 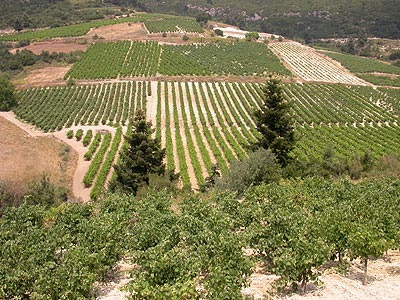 The vineyard is one of the oldest plants cultivated by man. A great deal has been said and written about the beneficial properties…

Today, two main varieties are grown: the Corinth currant which is mainly cultivated across the north and west part of the Peloponnese…

Previously, our ancestors got most of their nutrition from raisins and believed that it had magical properties …

Raisins, like other dried fruits (apricots, figs, prunes) are concentrated sources of energy… 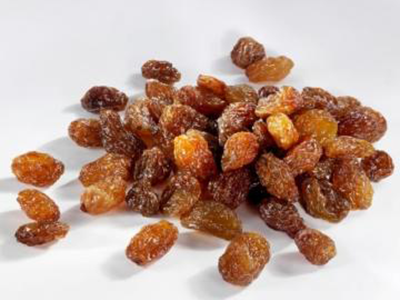 Furthermore, there are indications that resveratrol can reduce the risk of stroke by interfering with molecular mechanisms… 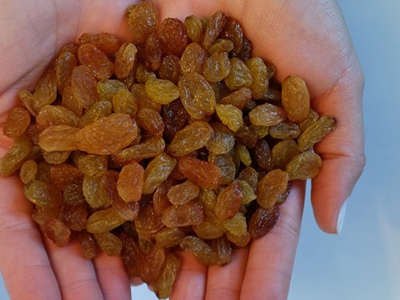 It should be stressed that raisins can prove useful in the fight against carries, too. Although their texture is “sticky”, they contain…

Raisins contain borium (at a concentration of 2.2 mg / 100 g), an element essential for growth, which can also prevent…